A Passion for Taste

My first article for The Denver News. September, 2011.

A burgeoning group of restaurants is bringing a more sustainable way of preparing and eating food to their customers and it just so happens that many of them are located in the Highlands district.  Eating locally and supporting sustainable practices is about preserving local food systems and  giving your money to the people that make sure you have food to eat, which ultimately means supporting farmers. In the Highlands, some restaurants are making sure that ‘going green’ is not just a slogan.

One of the most popular and hip to be seen at restaurants promoting sustainable food on their menu opened in 2008 on lower 33ed Avenue as Root Down. The menu touts a ‘field to fork’ mentality and states that they ‘prefer to stay as organic, natural and local as possible’. Chef/owner Justin Cucci just opened his second spot this summer, also in LoHi named Linger, a converted mortuary that has a killer view to the Denver city skyline.

A bit farther up the street going into Highlands proper, chef Patrick DuPays of Z Cuisine, serves classic French Bistrot food with an organic twist and talks about opening his restaurant six years ago before the Highlands transition from dowdy Denver outpost to the fabulous hipsterville that it is today. He will tell you that his passion for quality food comes from going to the farm markets with his grandfather in his native France.  Getting to know the farmers and their produce is how he learned that it’s all about following   the flow of the seasons.  Fresh ingredients are what ultimately ends up satisfying your taste buds at the dinner table.  "The food at Z Cuisine is only as good as the produce that I get from the farmers who I have come to know and trust like my own family", he says.

As a matter of fact, farmers markets are a theme that comes up often.  Chefs like Patricia Perry, of Highland Garden Café on West 32nd Avenue, John Broening of Duo and Olivea, Patrick Horvath of Venue and of course the inimitable Mr. DuPays talk about their involvement with the earth and her stewards, the farmers. Patricia of Highlands Garden Café says, "I think there is, among cooks, a respect for the land and a mandate to preserve and feed the soil that produces the food we serve".

Passion. Reverence. Value. Love.  These are the words used to describe a way of life that is available when we seek out establishments where we can nourish ourselves rather than just fill our need for fuel.

At the corner of 32nd Ave and Zuni patrons wait in line at the venerable Duo, a Farm to Table restaurant owned by Stephanie Bonin and her husband Keith Arnold. Regular people come to experience the bounty of what Stephanie calls their ‘strong relationship with farmers, built over time’.  She also mentions that they can now comfortably say that they are at 80% in serving locally sourced food.  Like Z Cuisine, you can find the Duo chefs at the Boulder Farm markets on Wednesdays and Saturdays, talking to the farmers, getting the scoop on what just came out of the ground and inquiring which ranchers sustainably raise their meat.


At Venue, Patrick Horvath is dedicated to simple, natural food that he creates from scratch, like the handmade pasta in one of their signature dishes. "Doing the right thing" is important to him. He says that he keeps it simple, using the best local and organic product when it’s available.
Why do they go to all the trouble?  "Taste. You can taste the sun, the soil, the aliveness of the earth and of course, it’s better", says the owner of Z Cuisine.  "You don’t open a restaurant to make business, you do it because you love the act of making good food".
By going the shorter distance and sourcing our local farms for the food they serve in their restaurants, these philosopher restaurateurs create a special space in the nascent Highlands foodie scene that talks the talk and also walks the walk.

Silvana Vukadin-Hoitt is a contributing writer to The Denver News
Posted by SilvanaMondo at 3:14 PM

Want to hear what's up in SilvanaMondo Land? Sign up below. Today.

SilvanaMondo
Welcome, I am delighted to spread out the carpets & share occasional coffee conversations. Here I record personal kvetsches about Culture, Food, Politics, Travel. I was born and have always lived in between cultures. As a writer and a woman, I explore the nuances of living connected between two cultures and yet somehow outside of both. Growing up a Third Culture Kid, I traveled & bloomed. In 2012, my hybrid identity led me to Italy, in the Val d'Orcia where I worked with & wrote about food & culture. This year, writing from the Queen City once more, I am preparing notes, photo's, classes, & organizing the next adventure tour to ancient cultures. In my heart, Bosnia, my matrilineal base, patiently waits for me as the next chapter, while the bees make honey and the sisters wait for my return. 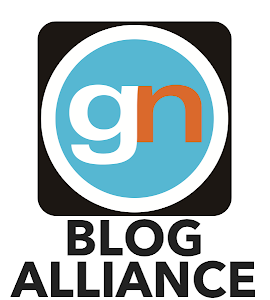